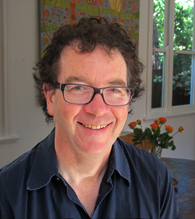 Mark was the Chair of the Australian Writers’ Guild in Victoria for five years until last year. He has organised many screenwriting events, including Victoria’s AWG Pathways Lab in Victoria, and training session for emerging screenwriters. He has addressed Screenwriters Conferences and  lectured in screenwriting at RMIT  and Deakin University. He  also lectures on film in a digital age, television and copyright at Monash University. He has been a script assessor for  major Australian screen agencies.

Many of Script Lab’s services are based on online delivery, so it doesn’t matter  where you live. And Script Lab conducts workshops and weekend training around Australia, Asia and the UK.

Feel free to contact us at info@scriptlab.com.au. We look forward to hearing from you!